James May says that tribute cars are sad attempts to regain some glory of the good old days. He’s usually right, as most tribute cars end up feeling like cynical cash grabs to sell gullible customers on well-advertised nostalgia. However, in the case of the new Ford Bronco, that actually doesn’t seem to be the case. In fact, it seems like something even the snobbiest of Audi, BMW and Mercedes-Benz customers might want to buy.

It didn’t always seem like that, though. Ford had been teasing the return of the Bronco for ages but kept putting it off or delaying it, making it seem as if the famed American brand wasn’t committed to the project. Then its original launch date was supposed to be on O.J. Simpson’s birthday, which seemed like a tasteless way of manufacturing some more connection to the original. Admittedly, Ford did change the launch date so as to not coincide with such a polarizing event. 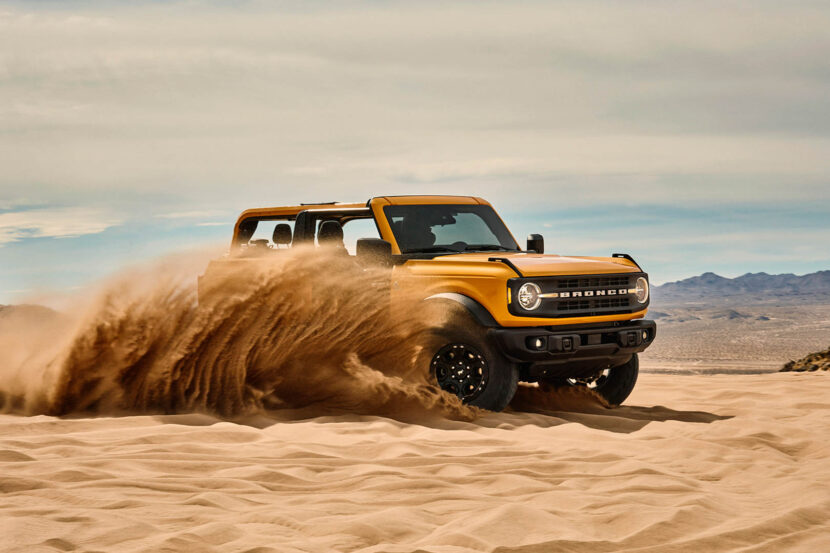 Now that it’s here, though, the new Ford Bronco looks… awesome. In fact, it’s one of the absolute coolest SUVs on the market and may have even one-upped the new Land Rover Discovery, which I personally thought was the best tribute car on the market. More importantly, though, it seems as if the Bronco is a good car and one that its designers and engineers were not only passionate about but put some real thought into.

For instance, in classic Bronco fashion, the frame-less doors are removable, as they are on a Jeep Wrangler, but Ford was clever to put the side mirrors on the hood’s cowl, so that they still stay on the car with the doors off, unlike a Wrangler. Not only does the Bronco keep its mirrors with the doors off but those mirrors house the cameras to see the front wheels when off-roading, so the driver keeps that functionality, too.

Like the Land Rover Defender, the entire interior is trimmed in a durable, waterproof rubberized coating, which not only allows it handle some rain or splashing while driving with the roof down but also allows it to be hosed off after a spirited day of off-roading. Also like the Defender, the cabin isn’t some spartan prison cell, as it’s packed with advanced technology, such as Ford’s latest SYNC 4 system and advanced trail mapping, with over 1,000 off-road trails pre-programmed into it. 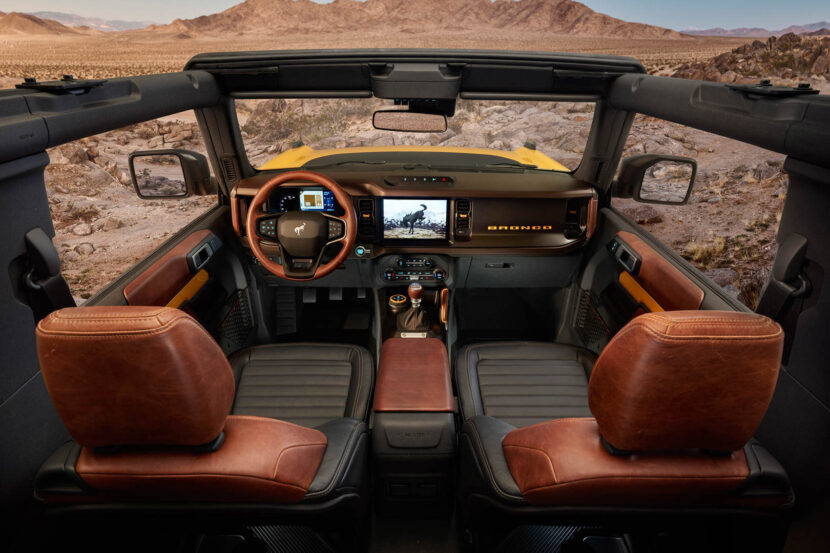 It also just looks awesome. It’s instantly recognizable as a Bronco, while also looking modern. Admittedly, Ford beats you over the head with the fact that it’s a Bronco a bit, with the bronco steering wheel logo and broncos all over the screens in the car. I get it, though. It has a sense of humor and that’s a good thing.

You Might Also Enjoy:  Car Throttle finds out if the Audi RS2 Avant Lives up to the Hype

Powering the new Ford Bronco will be one of two different engines. The entry-level engine will be a 2.3 liter turbocharged Ecoboost four-cylinder, making 270 horsepower and 310 lb-ft of torque. The upgraded engine will be a 2.7 liter twin-turbocharged V6, making 310 horsepower and 400 lb-ft of torque. Paired to either engine will be a choice of two transmissions; a seven-speed manual or a ten-speed automatic. Both come with an advanced 4×4 system that will automatically engage four-wheel drive when needed. Both also get crawling-gear ratios; 94.75:1 for the manual and 67.8:1 for the automatic. 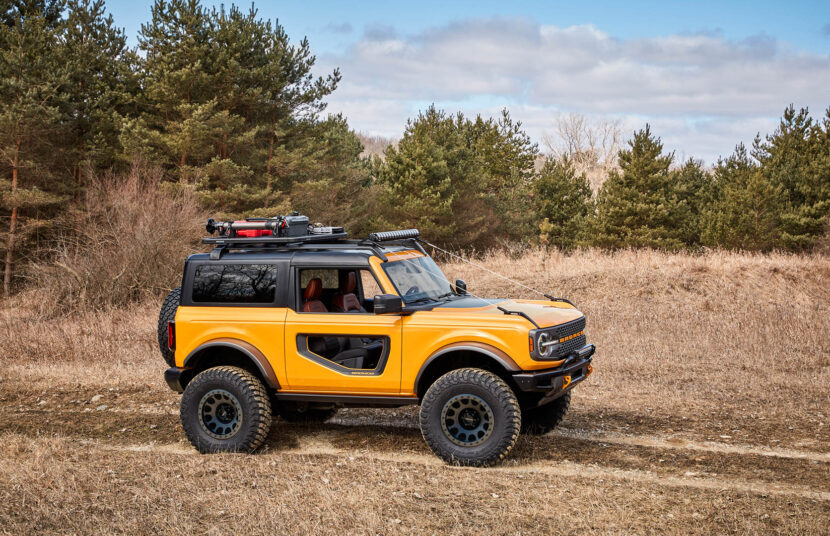 Typically, customers of premium brands laugh at cars like Jeep Wranglers, as their rugged utilitarian nature doesn’t appeal to people who have merino leather and air-conditioned seats. However, the Ford Bronco seems to have a personality, a sense of humor and a cool-factor that’s hard to deny. It also seems to be really well thought out and engineered. So we can absolutely see Audi customers wanting to get a Bronco as a second, or even third car, especially if they live in an area where a bit of rugged durability is actually a luxury.

Personally, I’m not a truck-guy. I like off-roaders from a far but would never really consider getting one. If I did, the Land Rover Defender would likely still be my choice. However, I can absolutely see the appeal of an Audi S3 as my daily and a Ford Bronco as my second car. That would actually be a pretty fun two-car garage.