Back in the day, if you were buying a premium diesel sedan, you were doing it to economically get to and from work. Now, you can still do that but you also get gut-punching power and sports car performance. Not only is it possible to have your cake and eat it, too in this segment but you’re almost spoiled for choice. So long as you live in Europe, of course. Our good friends at BimmerToday decided to put together a bit of a photo and spec comparison between three such cars — the Audi S4 TDI, BMW M340d and ALPINA D3 S

In Audi’s corner is the Audi S4 TDI. It uses a 3.0 liter turbocharged V6 diesel with a very healthy 342 hp and 516 lb-ft of torque. The S4 can hit 62 mph in 4.8 seconds, which is seriously quick for a diesel but, shockingly, it’s a touch slower than the other two.

You Might Also Enjoy:  ABT Audi SQ5 widebody aero kit and tune are necessary

Representing BMW is the M340d, which is essentially the diesel version of the M340i. So it packs a 3.0 liter turbocharged I6 diesel engine with 340 hp and 516 lb-ft of torque, so it’s a punchy little sucker. It can hit 62 mph in just 4.6 seconds, which is remarkable for a diesel sedan. 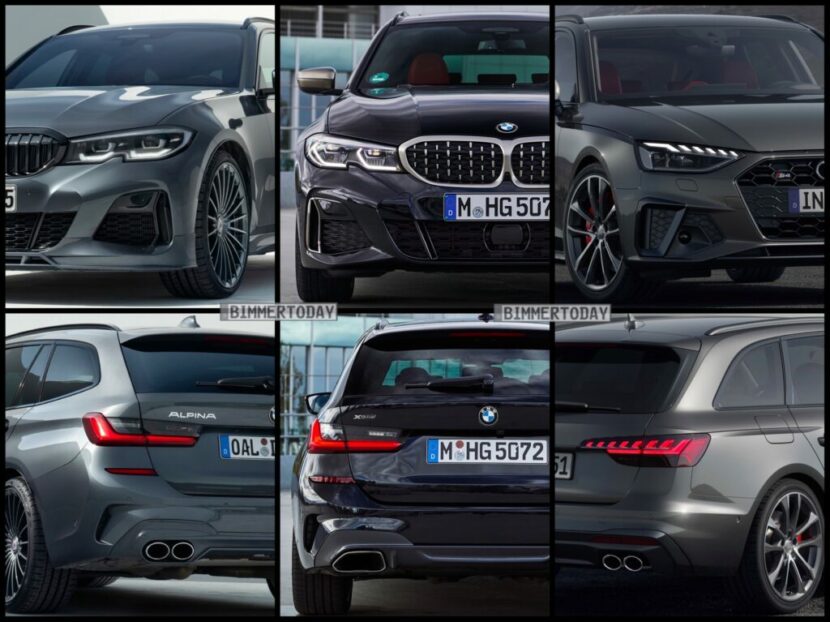 Keeping things in Bavaria is the all-new ALPINA D3 S packs a similar engine, just with two turbos instead of one, but with 350 hp and 538 lb-ft of torque. It also gets to 62 mph in 4.6 seconds, but possibly blame some added weight, as it’s more luxurious inside. Plus, as brilliant as BMW I6 diesels are, there’s something about ALPINA-tuned engines that just feel magnificent. 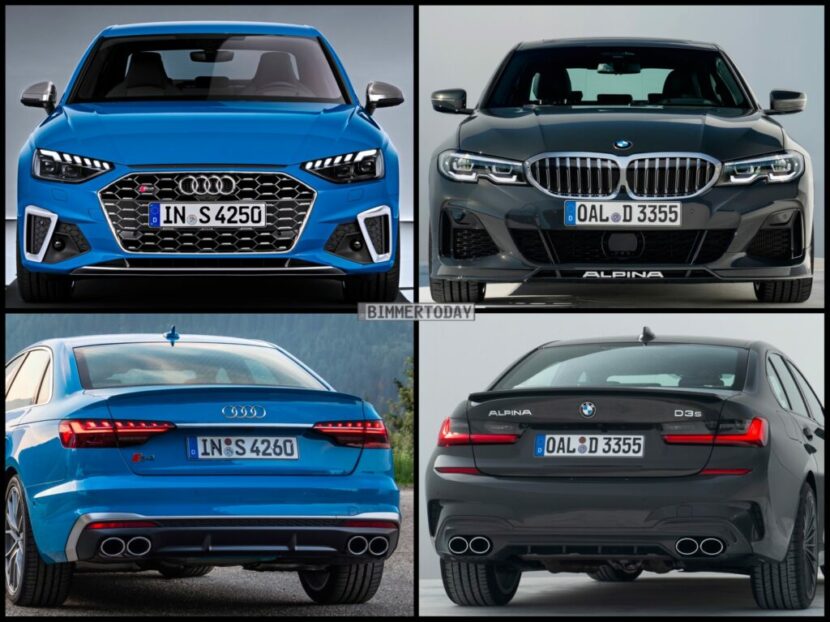 In terms of looks, it’s actually a tough choice. All three a great looking sport sedans/wagons and all three strike a nice balance between being both sporty and understated. Styling is subjective, though, so choosing which is the best looking is up to you.