Even though the Audi SQ5 is the sportier model variant of the Q5 range, it’s still pretty subtle looking. Sure, it gets bigger wheels, some aluminum mirrors and some ‘S’ badges but it’s still not particularly exciting looking. It’s handsome, sure, but it’s really quite understated. So if you want your SQ5 to have its looks match its performance, than Lumma-Design might have just the thing for you.

You Might Also Enjoy:  The Render gives the Audi RS6 Avant a Pikes Peak Livery 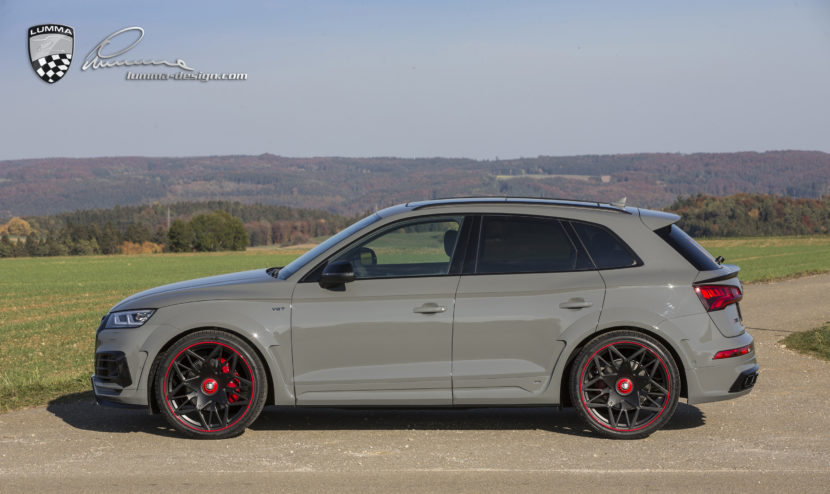 There are also some fender flares, that give the Audi SQ5 a wider, more muscular, more athletic look. Best of all, though, it gets real exhaust pipes(!). Rather than the cheap looking fake plastic bits that go where exhausts are supposed to be on the standard Audi SQ5, this Lumma-tuned car gets quad exhausts, like a proper ‘S’ car. They’re square on this car, though, and finished in black. So they look very sporty and very angry, much more fitting of an Audi ‘S’ car.

You Might Also Enjoy:  KIA Stinger debuted in Detroit to take on Germans 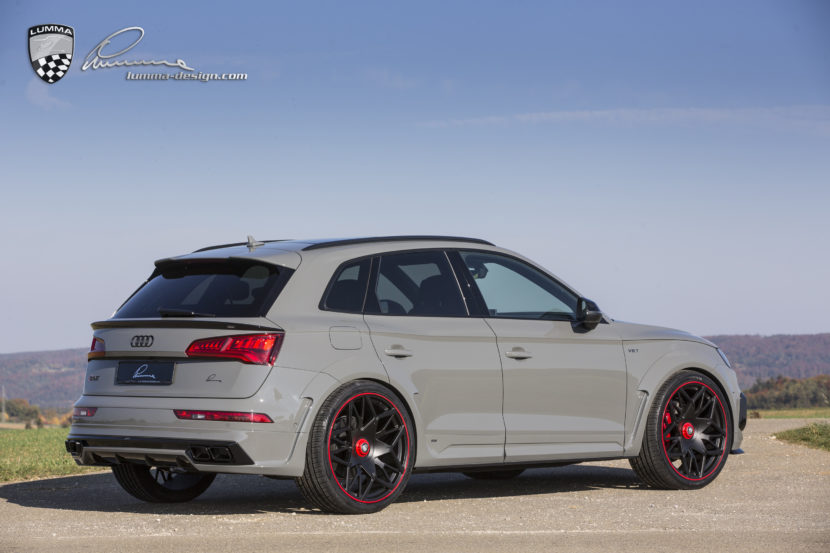 If you’re looking for a visual and performance upgrade for your Audi SQ5, something that makes it less subtle and more exciting, this Lumma-Design car could be for you. Hell, it’s worth it for the exhaust pipes alone.