One of the more interesting cars to debut at the 2019 LA Auto Show was the all-new Volkswagen ID Space Vizzion. Oddball name aside, the Space Vizzion is an all-electric wagon with an eye on fun and urban mobility. While that’s not the most exciting sounding car in the world, we love the idea of automakers coming out with more fun wagons, especially electric ones.

The Volkswagen ID Space Vizzion is based on the VW Group’s new MEB all-electric architecture. It’s the same platform that will underpin the Audi Q4 e-tron. Get his, this new all-electric Volkswagen wagon is rear-wheel drive. It comes with a single electric motor at the rear axle that makes about 275 hp. That won’t impress any Tesla fans but it’s more than enough to be fun. Plus, this is a family wagon, not a performance car. So who cares if it’s only reasonably quick?

You Might Also Enjoy:  Audi RS Q8 to make its debut at LA Auto Show in November 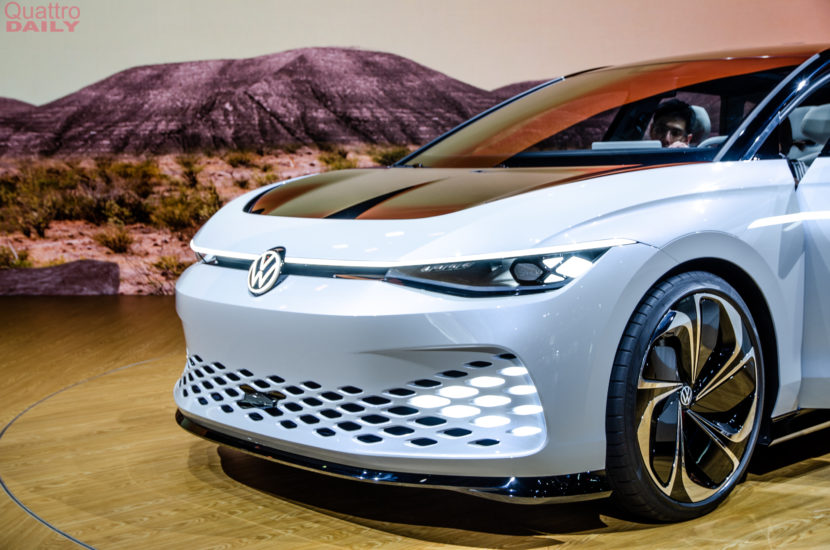 While there’s no exact range, as it’s just a concept and not a production car rated by the EPA, it’s said to have a maximum of about 300 miles of range. That’s more than enough for a family hauler and should be perfectly realistic by the time it debuts.

Its really good, too. In keeping with the rest of the brand’s electric concepts, the Volkswagen ID Space Vizzion is a really cool looking wagon with a largely white/black color scheme, futuristic design elements and a really cool wagon shape. 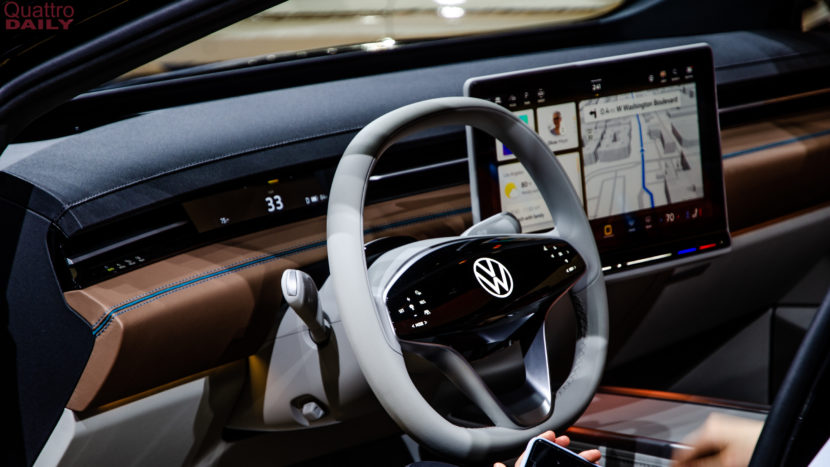 More interesting than its exterior looks, though, is its interior design. It seems as if Volkswagen out-Tesla’d Tesla. Its minimalist but also very high-tech. It’s simple but premium feeling. Whereas a Model 3 feels empty, the Volkswagen ID Space Vizzion feels rich from the inside, despite being minimalist. Also, its massive touchscreen infotainment system is clearly inspired by Tesla’s but it does it better than the Silicon Valley brand. Its interface is more logically laid out and menus are easier to find and navigate/ Sitting in it was actually one of my highlights from the auto show.

Cars like the Volkswagen ID Space Vizzion are what make us optimistic about the future of electric vehicles and we can’t wait for the final production version.

It’s no secret that the all-new Audi e-tron GT shares most of its underpinnings with the Porsche Taycan. All of the important bits; chassis, structural..
Read More

We can’t wait to get our hands on the Audi Q4 e-tron but we’re going to have to wait quite a bit longer, as it..
Read More

Is the Next Audi RS6 Avant Going to be Electric?

Just yesterday, we learned that Audi could be stopping the introduction of all internal combustion engine cars by 2026. That’s not to say that Audi..
Read More