When it comes to fast hypercars, most hypercar brands think they’re fast. But really, they’re all just playing catch-up to Koenigsegg. Its founder and owner, Christian von Koenigsegg is brilliant and develops genuinely innovative and unique creations, all in the name of speed. His latest creation, the Koenigsegg Jesko, just dawned at the 2019 Geneva Motor Show and it’s a perfect example of his mad genius. It’s also quite touching.

Let’s start with the name — Jesko. It’s Christian’s father’s name and he named his fastest hypercar yet after his father because of what he means to the company. See, Jesko sold their family home to give Christian the money to help start the Koenigsegg brand and has been supportive ever since. So as a tribute, Christian named the car after his father. More than that, his father didn’t know the name of the car until its unveiling in Geneva. Because Jesko is still so involved in the company, Christian has his team come up with fake press materials with a different name, just so the name would be a surprise.

You Might Also Enjoy:  Save the Date for Audi's Geneva Motor Show Press Conference 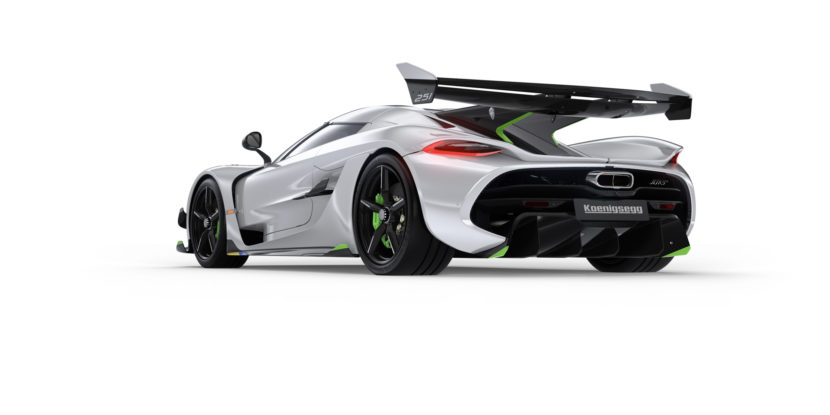 And what a surprise it was. When the Koenigsegg Jesko made its debut, it shocked the entire automotive world with its claim that it can hit 300 mph. Never before has a road car even realistically sniffed 300 mph. Maybe 280 mph but that extra 20 mph is incredibly difficult to attain. It must be said that the Jesko hasn’t actually recorded a 300 mph run, only in simulation. Still, knowing Koenigsegg, it should do it.

The Jesko is based on a carbon fiber monocoque chassis and is extremely light. It also has some of the most extreme aero ever fitted to a production car. That boomerang rear wing alone looks like it should be bolted to something the Avengers would drive, not a production car for the road. According to the Swedes, the Jesko produces 1,000 kg of maximum downforce. Holy moly. 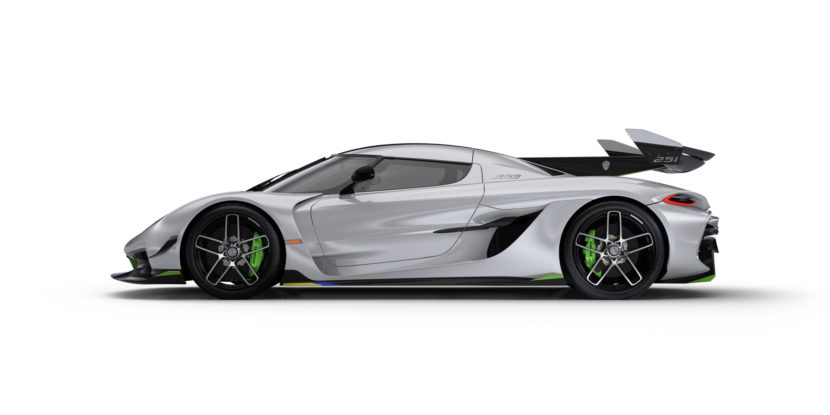 What I find incredible is that Koenigsegg’s been able to give it that much downforce and extremely effective aerodynamics without making it look ridiculous. There’s real beauty to it. It also gets carbon fiber wheels, of course, and the brand’s famous dihedral doors. Though, the latter are now hydraulically operated and can open and close hands free.

But that’s not what you want to hear about. You want to hear about how it can get to 300 mph, right? Well, for starters, its incredible engine. A 5.0 liter twin-turbocharged flat-plane crank V8 that develops a monstrous 1,280 hp on standard gasoline but a ridiculous 1,600 hp on E85. That’s simply insane in a car as light and stripped out as the Jesko. Sure, the Bugatti Chiron has well over 1,000 hp but it’s as heavy as a mountain compared to the Jesko. 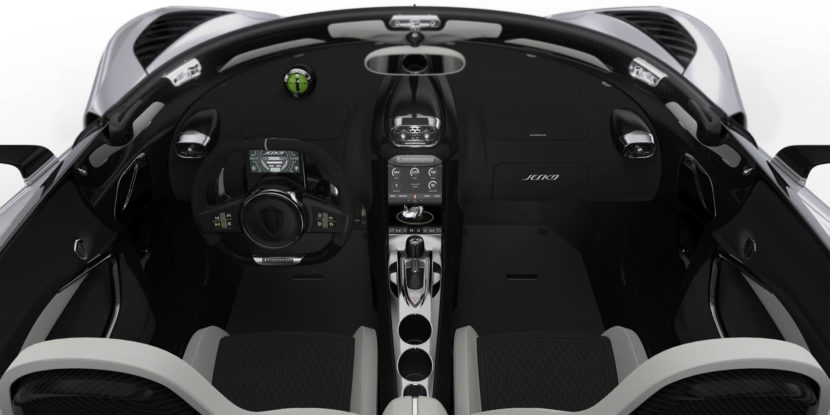 Even more impressive than that, though, is the transmission. That’s where Koenigsegg shows his genius. Koenigsegg couldn’t use a standard dual-clutch transmission from any manufacturer because none could handle the Jesko’s 1,100 lb-ft of torque while also being light enough to meet its requirements. So Koenigsegg developed a nine-speed dual-clutch transmission with seven clutches (seven clutches!) and one more for the differential. All of the clutches and flywheels are located inside the aluminum transmission housing. With nine gears, seven clutches and eight actuators for the clutches, it only weighs 198 lbs, which is almost 100 lbs lighter than most other dual clutch units.

It’s that complex for a specific reason — it can shift from any gear to any other gear. It’s not necessarily sequential. So if it wants to shift up to fifth from second, it can without touching third or fourth. Vice versa as well, which is the important bit. The paddle shifters have a two-stage travel, with the first stage firing off single, sequential shifts. But if you pull it past the second point of travel, it shifts to the lowest possible gear for maximum power and can do so in a blink.

The Koenigsegg Jesko is the work of a mad genius and it’s incredible. It also makes brands like BMW, Mercedes-Benz and Audi seem like amateurs. Admittedly, the Jesko will cost $3 million to start, so comparing it to a $40,000 Audi A4 is silly. Still, the engineering that went into the Jesko is mind-blowing.

Daniel Abt and his family’s company, ABT Tuning, recently tuned an Audi RS6 Avant to make an absurd amount of power. It makes a whopping..
Read More

Awhile back, Auditography featured an Audi Q4 e-tron Sportback in a video, wearing a great shade of Aurora Violet. Now, there’s a video of the..
Read More

Audi’s new “Sphere” vehicles act as concept cars for the future of mobility. One such Sphere is the Audi Sky Sphere, which is designed to..
Read More